America is getting older. And with the over-65 crowd growing at a rapid pace—by 2050, there will be more seniors than minors—it’s more important than ever for the young and old to forge intergenerational friendships.

Seven in ten seniors say that having more time to spend with family is a top benefit of getting older. But America’s younger generations are more mobile than their parents and grandparents were. Where families used to live in the same home or town their whole lives, many now live across the country—or even the globe.

It used to be the norm for grandparents and grandchildren to live together, but times have changed. Although many cultures still live in multigenerational households, it’s not as common anymore among Caucasian American families.

The digital revolution has made it easier to stay in touch with family members no matter where they live. Technology, though, has left many seniors behind. Living in nursing homes often makes seniors feel isolated from the outside world. When they’re unable to digitally connect with their relatives, that generational gap gets even wider. 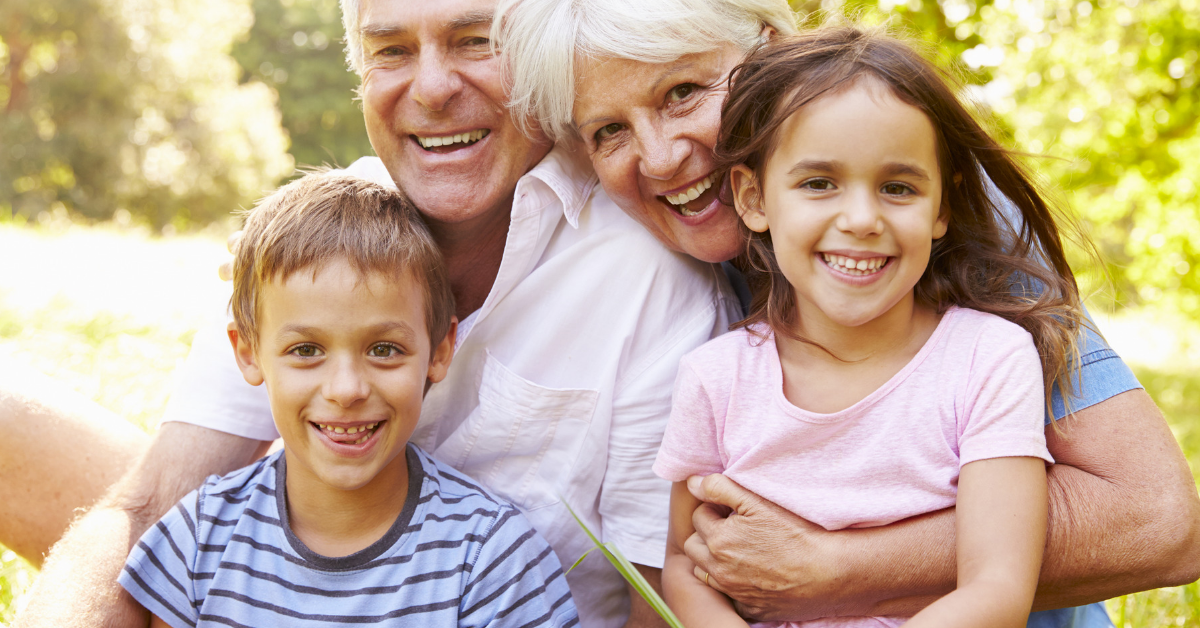 It might seem like the old and the young have little in common. In a way, that’s exactly the point. Each generation has something to gain from the other. Connecting with people from different generations opens the door for learning new skills and information, strengthens family ties, and offers a variety of psychological and social benefits for young and old alike.

Grandparents get exposure to the perspectives of the younger generation and become more connected to the world around them. Loneliness has been linked to increased risk of depression, strokes, heart attacks, and dementia, so companionship could literally save a senior’s life. Some grandparents say their grandkids’ infectious energy gives them a renewed vigor as well. And one Australian study found that having a relationship with grandchildren kept seniors mentally sharp as they aged.

Kids benefit as well. Studies have shown that kids who have strong bonds with grandparents have fewer emotional and behavioral problems and are less at risk of developing depression. Grandparents teach children about their ethnic heritage and family traditions, and can serve as historians, role models, and mentors to the younger generation. In families that are undergoing major changes, such as divorce or remarriage, kids who have a strong relationship with a grandparent feel more comfortable talking about issues they may be struggling with.

How You Can Bridge the Gap

So how can you help your parents and children build a strong relationship? It begins with including your children in your caregiving responsibilities. Children who aren’t exposed to elderly people may harbor some fears. Assisting with the care of your ageing parents will teach your children there’s nothing to be afraid of. It will also help them learn to accept people who have different physical abilities and limitations.

Spending time together might be enough for the relationship to develop on its own. In most cases, though, you’ll need to give the budding relationship some help. Suggest activities children and seniors can do together that will help to build their bond. Here are some ideas:

Maybe grandmother and granddaughter both have a love of music or dancing. Your son’s obsession with planes and tanks might make your dad’s stories of the war a hit. If you’re at a loss, pull out a board game—maybe one you enjoyed as a kid—that everyone can play.

Grandparents have a lifetime’s worth of lessons to teach the younger generation. Your parents might love to show your kids how to bake cookies or bait a fishing hook. However, teachers can be any age. Maybe it’s time to get Grandma a computer or a smartphone and let your preteen show her how to text or use Facebook. The two of them will be Skyping in no time.

Encourage your parents to tell old family stories. Kids love to hear about what their own parents were like as children. Have the grandkids take turns telling stories, too.

If your parents have difficulty hearing, they may shy away from talking on the phone. But they’ll probably be thrilled to get a handwritten note or drawing from the grandkids in the mail. Kids love getting mail, too, so encourage your parents to write back.

Children aren’t born with an automatic attachment to their grandparents. Like all relationships, it takes time and effort to build a bond. Keep in mind that when bridging the generational gap, everyone will have to make some adjustments. Your kids will have to get used to interacting with older people, and your parents might need time to adjust to your kids’ nonstop energy. Don’t worry if the relationship feels forced at first. Everyone benefits from a grandparent-grandchild relationship—it’s just a matter of time.