At 30 years old, I found out I had adrenal fatigue.

I was in what they call “Stage 3 Adrenal Fatigue” which is the deepest and most life-sucking stage.

I had been in a rigorous grad school program, moved six times, went through two hard breakups, experienced my mom becoming so sick she was on the brink of death, and also had a few financial meltdowns. All in three years in my late 20s.

My life is great now and I feel healthy and good all the time, so I’m not telling you any of this for sympathy. I’m just letting you know the types of things that can contribute to adrenal fatigue, especially if they happen all at once.

The adrenal glands are two small glands that sit right on top of your kidneys, and they produce and release many hormones, one of which is cortisol (also known as the “stress hormone”).

Adrenal fatigue isn’t a medical term, so you may get some weird looks if you ask your doctor about it. It’s more of a functional term, as in used in functional medicine.

You can see where this starts to get confusing.

Addison’s disease can be a result of an autoimmune disorder where your immune system starts attacking your adrenal glands, whereas adrenal fatigue usually isn’t.

Adrenal fatigue sets in because of stress. I’m not only talking about the emotional kind of stress. Whether the stress is coming from the death of a family member, financial troubles, a past traumatic experience like a difficult labor or childbirth, long-term sleep deprivation, long-term consumption of too much sugar and alcohol, or a hidden intestinal parasite you’ve had since you ate that one meal in India seven years ago… Your body has the same response to it: Release massive amounts of cortisol.

Cortisol used to get a bad rap on those “belly-fat blasting pill” commercials 10 years ago, but it is completely necessary in the right amounts. Cortisol keeps you awake and alert, makes you feel energized and happy, keeps your weight down, and is an anti-inflammatory. However, because massive amounts of stress (emotional, inflammatory, dietary, or environmental) makes your adrenals release massive amounts of cortisol… your brain stops recognizing all of the circulating cortisol in your body after a while.

When that happens (and you can see it on a saliva or urine test), you have what’s known as adrenal fatigue.

But even before you would get tested for adrenal fatigue from one of the aforementioned tests, you may start to recognize the symptoms of adrenal fatigue in your everyday life. Read on to find out what the 5 most common ones are… 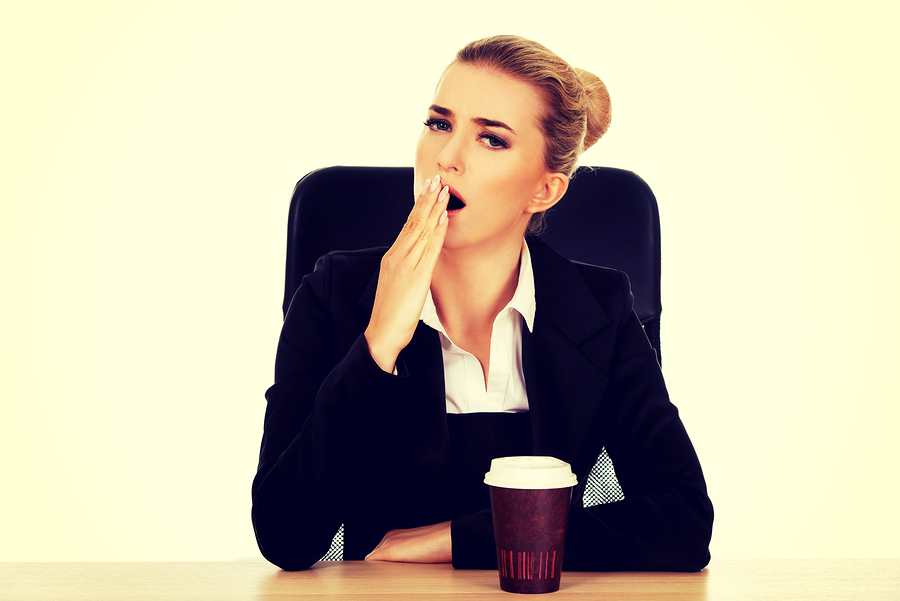 Because cortisol is one of the hormones in our body that keeps us awake, alert, refreshed, and ready to tackle the day, a deficiency of it (like in adrenal fatigue) causes extreme exhaustion. When I had adrenal fatigue, I would get out of bed in the morning tired. I would feel tired while eating lunch. I would feel exhausted after walking my dogs in the evening, and I would be a total insomniac at night. This happens because not only was my overall daily output of cortisol too low, but the “rhythm” of when by body released cortisol was off. My body released very little cortisol during the day, and much more at night. This abnormal rhythm is common in cases of adrenal fatigue. Your body tries to more or less make up for the cortisol deficiency at night, right before you go to sleep. It’s frustrating and inconvenient, to say the least.

As I just mentioned, cortisol keeps you awake and alert. It also helps release energy stores in your body by stimulating what is known as glycogenesis. This is essentially converting glycogen (stored glucose) into active blood sugar so you have the energy to exercise and maintain your metabolism. When you don’t have enough cortisol, exercise really wears you out quickly. If you have adrenal fatigue, you may notice even a 30-minute walk around the block with your dogs makes you feel even more tired than you did before.

Adrenal fatigue and low blood sugar go hand-in-hand. This is mostly because you aren’t able to produce active blood sugar from glycogen (because that is one of cortisol’s roles). If you have adrenal fatigue, your blood sugar will be pretty low most of the time, and you’ll get that “hangry” feeling even if you just ate a couple of hours ago. You’ll crave sugar and caffeine often, and get pretty cranky if you don’t eat for a few hours or longer.

Adrenal fatigue in itself doesn’t necessarily cause weight gain (in fact, sometimes it causes the inability to gain weight), but adrenal fatigue usually leads to poor thyroid function. And that makes you gain weight for no reason. When you have adrenal fatigue, you have a hard time converting stored glucose into active blood sugar, like I mentioned before. So in order to get energy to maintain your basic bodily functions, you sacrifice your protein stores and convert those to active blood sugar (through a process called gluconeogenesis). The easiest and most readily available protein stores in your body come from your lean muscle tissue and you inner intestinal lining. So your body is essentially eating away at your muscle tissue just to maintain your day-to-day life. As a protective mechanism, your thyroid takes over. Since your thyroid controls the metabolism of the body, it slows itself down so your body won’t eat itself so quickly. And a slow thyroid = slow metabolism = weight gain for no reason.

Once your body starts using up your protei