Bubble wrap – a vessel that carries delicate items from one point to another. A saving grace in the packing world. A toy to some, a piece of scientific equipment to others. What is it about bubble wrap that appeals to us so much? Discover what makes popping bubble wrap so therapeutic, as well as some not-so-typical uses for the inexpensive packing phenomenon. 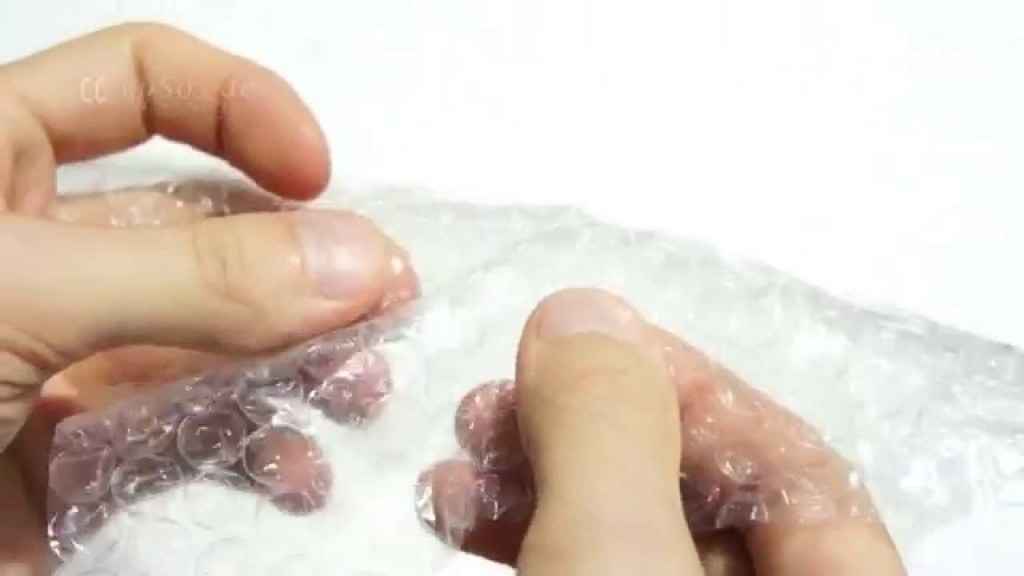 in 1951, two engineers, Alfred Fielding and Marc Chavannes, sought to create a wallpaper that would provide greenhouse insulation. Their solution was two shower curtains bonded together, which created pockets of trapped air that could be used as heat traps. Despite a major lack of interest, the Sealed Air Company launched in 1960. A few years later, just prior to the launch of IBM, Frederick Bowers, a friend to Fielding and Chavannes, inquired about protecting his delicate computer components. The need for Sealed Air was clear, thanks to the development of IBM Computers.

In addition to serving as a calming sensory object, bubble wrap is one of the cheapest, most popular packing protection methods in the world. Because air bubbles absorb shock better than any other material, this makes bubble wrap highly desirable for packing delicate components like computers, television, and more.

Science has even found applications for bubble wrap. In underdeveloped countries, scientists are using bubble wrap as test tubes. According to Scientists at Harvard University, bubble wrap is easy to come by, particularly in a science lab. Fluids like blood and urine have been easily injected into the packing material and transported for testing, making bubble wrap ideal for labs in poor countries. Scientists also discovered that the air inside the bubbles was completely sterile, opening the doors of opportunity to labs in poor countries to test their water supply, amongst other things.

The Inquiring Minds at New York Magazine discussed a study done in the 1990s done by Western New England College. The study, published in the Psychological Reports journal, quoted a 1970s tome that discussed the calming powers of touch. In ancient times in countries like Greece and Asia, people carried smooth stones they would rub to calm themselves. These  “worry beads” or “fingering pieces” gave people something to do with their hands during stressful situations, and proving that keeping your hands busy is a great method of relaxation.  In modern times, this could explain why popping bubble wrap is so soothing.

Popping bubble wrap not only helps take the mind off of a stressful situation, but it has also been proven to release muscle tension. Part of the draw is compulsion, though, is that instinct to be destructive. Max Beerbohm was quoted as stating “To destroy is still the strongest instinct in nature.” Popping bubble wrap is a safe, harmless way of destroying something, appealing to the most basic of human instincts.

Bubble wrap, deemed useless in the early 1950’s, is one of the cheapest, most therapeutic tools available to mankind. It’s reputation in the packing industry, as well as it’s capabilities amongst the sciences make it one of the most versatile materials on the planet. Only time will tell what the next bubble wrap phenomenon will be. What can you do with bubble wrap?

Byline:  Lauren is a blogger for Apple LTD, a shipping supply company.